Showing posts from July, 2015
Show all

The Blue Books of Love 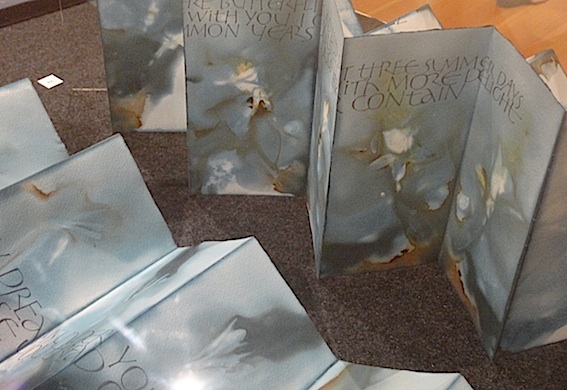 The conference program has been full to overflowing what with tutorials, class times, presentations and evening socials .... not to forget the party goers continuing long into the evenings. Who me?

The Blue Books of Love in the Passionate Pen Faculty Exhibition.


You don't see this too often but I am thrilled to bits! 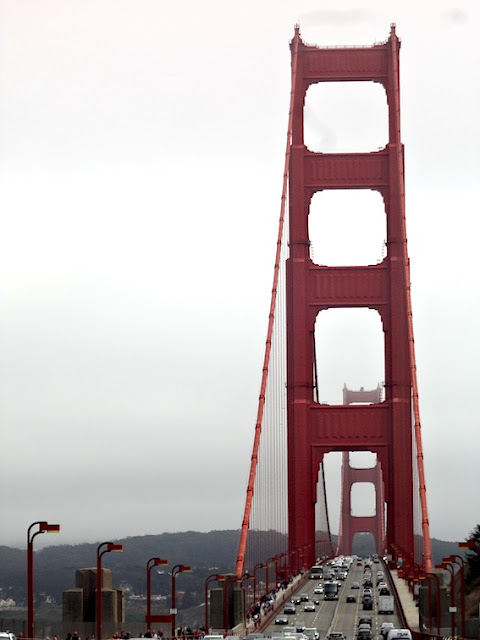 I am grateful for and I thank all the kindhearted people who have helped make this trip from here to there and back again the wonderful adventure that it has become.  Yesterday after Elena Caruthers picked me up from San Francisco airport after a ten hour flight from London she asked if I would like to go for a walk ... there is nothing like stretching the legs ... across the Golden Gate Bridge and back. Wow what a treat. A walk so special that I could hardly contain my excitement as I hung over the edge, took photos and often stopping to simply enjoy the view.  I didn't care that the weather was not quite ideal but I felt the fog and the grey skies enhanced the journey. What do you think?


I never forget to look down - as you may have already noticed!


Or up! The light whispy white in the sky is fog. In the summertime the fog drifts in, out and by most days. A strange phenomenon.


Fog on the …
2 comments
Read more 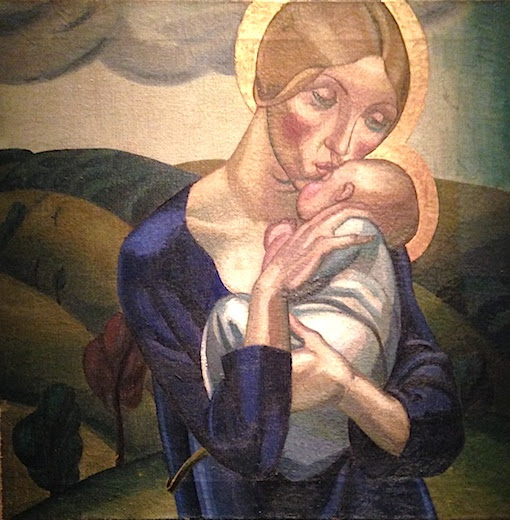 One of the most wonderful things about a trip to Ditchling is to see original works by the artisans who lived and worked as a community in this south-east English village in the early 20th century. Also I like to go there to pay my respects to those who went before us.  Not only calligraphers and letter designers and carvers but print-makers, letterpress craftsmen, weavers and designers of all traditions. We learn something from them all.

One work stood out most of all for me on this day. The painting David Jones created for Petra Gill (daughter of Eric Gill) to whom he was engaged. The engagement was short-lived and they didn't marry but this painting though iconic is full of love, you can see it in the work. The Madonna & Child. It is not often you see the Madonna kissing her child and completely embracing him in her arms as lovingly as this.


Beautiful isn't it ... and what is interesting is my reaction to both this painting and the marble sculpture in the Waterperry Ch…
2 comments
Read more 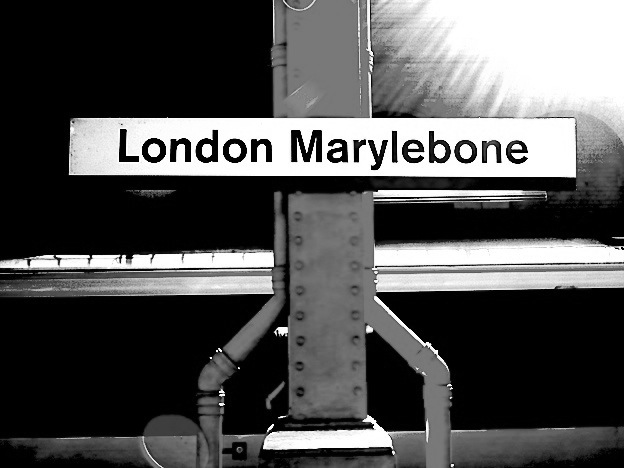 First day of the weekend:

I have always been curious about the high profile UK gathering of creative people at Art in Action UK. It is held each year at Waterperry House, Waterperry, near Wheatley, Oxford.  As I was in London at the time the event was on I juggled my diary a little and worked out the walk/bus/train/bus/courtesy car route.  I left the Ridgemount at 8.30 am, walked to the bustop and took the #18 bus along Euston Road to Marylebone (pronounced Marleybone) Station and took the 9.34am to Haddenham (pronounced Had'nam) Thame Park, then taking the #280 Arriva bus to the Kings Arms (as you do) near Wheatley and waited for the courtesy car. It came in due course arriving at Art in Action approximately 11am. No bad. Costing for the day: 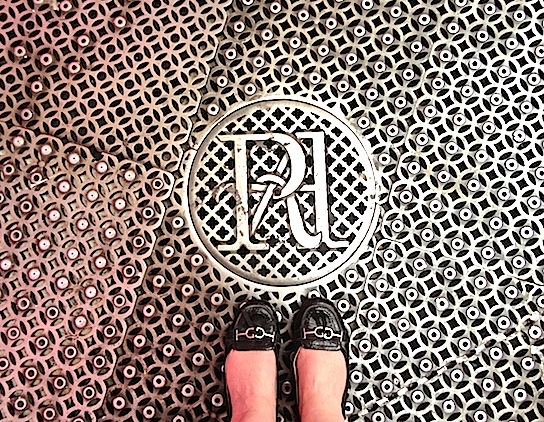 Summer Exhibition 2015 at the Royal Academy of Arts, London. That staircase!

Nearly killed my sense of balance!
I met my sister-in-law Jacqui outside the RA and she treated me to the exhibition. Armed with the catalogue and pen in hand I explored room after room of some of the most amazing works annotating the booklet with my thoughts.  Looking back on all the images I took of the works I liked a pattern emerged.   I will pop a couple of my favourite paintings up too.


Julie, Rob, Gem and others - tapestry by Grayson Perry. (detail below)

If you are in London in the coming weeks and you want a fabulous show to attend, go to High Society, brilliant. Thank you Damian & Jacqui.

And so the trip continues ... enjoy these: 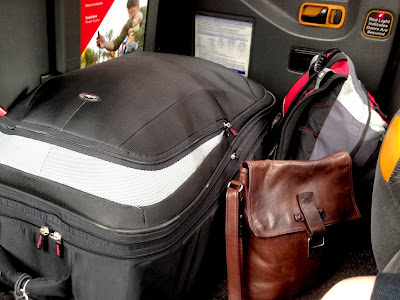 On Sunday morning before class I received news from David that Dorothy, his mother, had fallen, broken her hip and had a massive brain haemorrhage and was unconscious in Royal Hobart hospital. Subsequently Dorothy who had lived with us for the six months prior to going into care, died yesterday. Thankfully her time was short after such a horrid accident. I suggested while her last hours were ticking by that he play his cd's for her and when one finished the nurse said she struggled to indicate she wanted more. So she could hear. Slipping away to the dulcit tones of David's oboe was all we could offer her.

The Ridgemount Hotel is just perfect for someone like me who is looking for central London accommodation, not too …
2 comments
Read more
More posts