Gemma Black: maker of written artifacts with pen & ink-stone  Artist: Neville Dawson   I met a man on a bus   I arrived into Hobart Airport from one of those long haul trips that I have taken from time to time. I was exhausted after an enjoyable teaching tour. I boarded a mini-bus to take me into the city centre as David was working in Orchestra and had taken the car. A gentleman asked was the seat next to me taken. It wasn’t, so I said he was welcome to sit there. Invariably a small-talk conversation started though I could hardly keep my eyes open with the tiredness. Suddenly my senses piqued when he said he was an artist and all my concentration was suddenly focused on this quietly spoken man sitting next to me … "An artist? So am I” , I said … “ well sort of” . The gentleman, whose name is Neville Dawson, turned out be so interesting and charming that our trip into the city ended so very quickly. It saw us swapping names as he exited down the st
3 comments
Read more
April 25, 2021 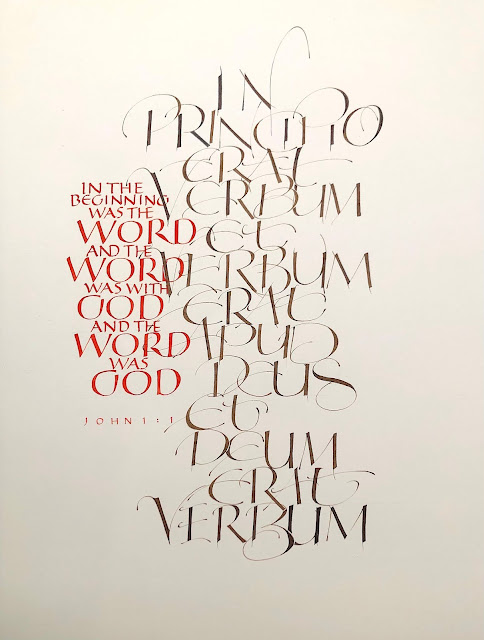 It's a good to be alive day ...         On a beautiful cream 300gsm watercolour paper this is a repeat of a piece I did quite a few years ago now. Walnut ink & vermilion gouache, It was originally a contribution to a conference faculty exhibition in the US. A student saw a partial image in a versals workshop I was teaching recently and he asked if he could use it in a religious text exhibition towards the end of 2021. I'll set the link here when the show goes online.
Post a Comment
Read more

February 10, 2021
Following is an article just written for the Canberra Calligraphy Society. ____________________________________________ Twenty-twenty started as quite a frightening year for many in South East Australia. Traumatising communities from the Queensland border to our beautiful Tasmania. Bushfires that had been raging throughout various parts of the country since September 2019 were now out of control. By late December Canberra residents and other visitors were trying to flee the south coast. We here in Tasmania also had our own bushfires to deal with. Twenty-twenty started badly and then turned worse. An illness, an emergency, a pandemic.   On the twenty-fifth of January the Australian news headline read: The first case of novel coronavirus (2019-nCoV) has been confirmed by Victoria Health Authorities this morning. The patient, a man from Wuhan, flew to Melbourne from Guandong on 19 January. On the twenty-sixth of January I flew to Canberra to spend some much
Post a Comment
Read more

January 22, 2021
Reflection Day 26 th January a day for all Australians   I have been a little introspective of late, which usually happens to me when a subject of real importance is being discussed socially. Is this happening a lot more lately or is that just that I am getting older?! Actually just what do I think about Australia Day? I have been fortunate to have listened to many wide-ranging opinions from members of the community. Every person's opinion should be regarded as valid. Not every Nation however has a national day. Here is a proposal that I would like to put forward to the Australian public regarding the debate that arises every year in the lead up to Australia Day.   The argument for and against changing the date I feel, will continue to go around and around on an annual basis unless a well thought out and brainstormed idea is acted upon at all levels of the community and government. How on earth will twenty-plus million people agree on which day?
Post a Comment
Read more

Flowers and the Dickerson 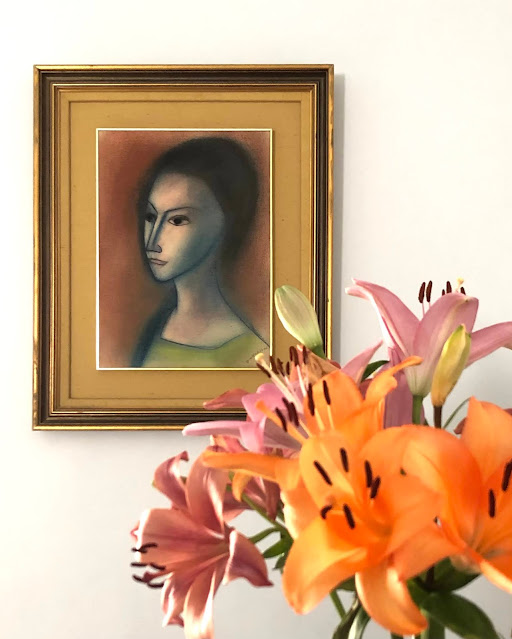 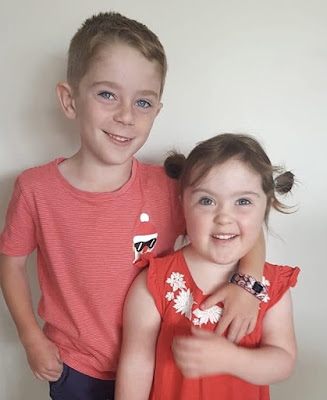 Hamish & Madison Canberra 25th December 2020     Such beautiful moments, happy children. Mind you, they are happy most of the time. I miss them.
Post a Comment
Read more 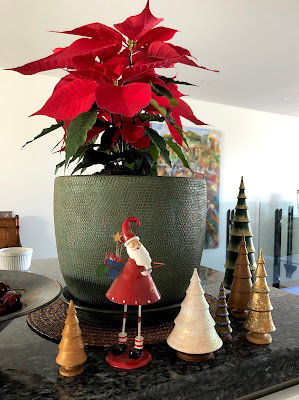 Wishing you many happy moments over the festive weeks.   The kindest gift you can give someone is time.
Post a Comment
Read more
More posts