Whilst on a trip to the west coast of Tasmania we visited the tiny railway station of Lynchford between Queenstown and Strahan. As the area was known for it's mining (gold and other such riches) there remains a tiny two room museum that can only be accessed by train as part of the West Coast Wilderness Railway. It is on the tourist trail and we were playing tourists. It was here I made an exciting find. Orpiment. I have talked about orpiment for years in my lectures on the Book of Kells but I had never actually seen it before last Monday. Orpiment - arsenic tri-sulphide - was used in the Book of Kells as a gold-like pigment and it was also used to adorn the tombs of pharaohs including King Tutankhamen. I was delighted. 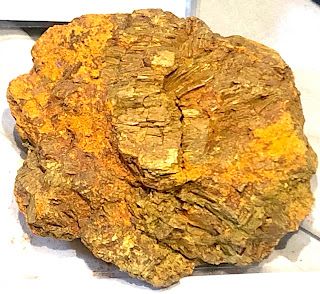 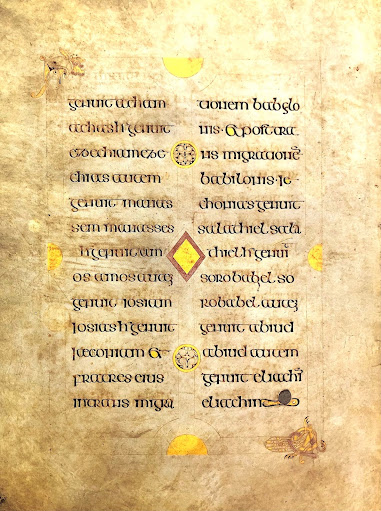