Well, it has been a whirlwind of a fortnight with the virus spiralling out of control with more cases diagnosed in Australia.  Two nights ago the Tasmanian Government took the step to close our island borders only allowing a short period of time to receive returning citizens and residents and those returnees have to self-isolate for fourteen days.

I was to teach in Sydney today and tomorrow and as of Tuesday past I was still going, then all of a sudden the spiral began. By Thursday I had cancelled my workshop with notice from Jetstar that my flight had also been cancelled. The workshop has been rescheduled to November 21 & 22 and my flight credit will be available "if" airline is still in business.

Australia's borders have now been closed isolating us from the rest of the world but is it too late? Only time will tell.  Many people here in Australia are flaunting the rules of "social distancing" of course in some cases spreading the virus further.  My feelings are that while the Government is serious in it's advice and actions they have failed to act strongly enough to advise the general population acutely and accurately.

Social media is full of false information, scare tactics causing unwarranted panic, trolls and opinions it almost make me want to distance myself from social media full stop.  I am so fortunate to live here in Tasmania far far from the madding crowd and with David who is just a skeptical of peoples behaviour as I am. People are fickle and selfish and when someone uses the phase "they are not using their common sense" I get so riled this is no such thing as common sense!

I guess having travelled so much in my lifetime I have connected with many people from many walks of life. Thankfully I can keep in touch with them and am saddened by the trauma some of them are going through. Italy for instance, so wretchedly sad, thousands of deaths, churches used for keeping the coffins before people can be buried with no funerals. The United Kingdom is in lockdown. My Californian friends the same. Unprecedented actions all over the world. Needless to say the next six months of my world tour has been cancelled. I did that on Sunday just past and I am glad to put all the worry and stress of it behind me.

I am enjoying studio time and I am laying down skeleton plans for what creative adventure I can go on with here that will make some sense of the pestilence at our door. Hopefully I shall be able to help others along the way in some capacity or other.

Go well and be safe anyone who reads this message.

CJ Kennedy said…
Glad to hear all is well with you. I think things are going to get worse before they get better. Take care and stay safe.
March 23, 2020 at 10:50 AM 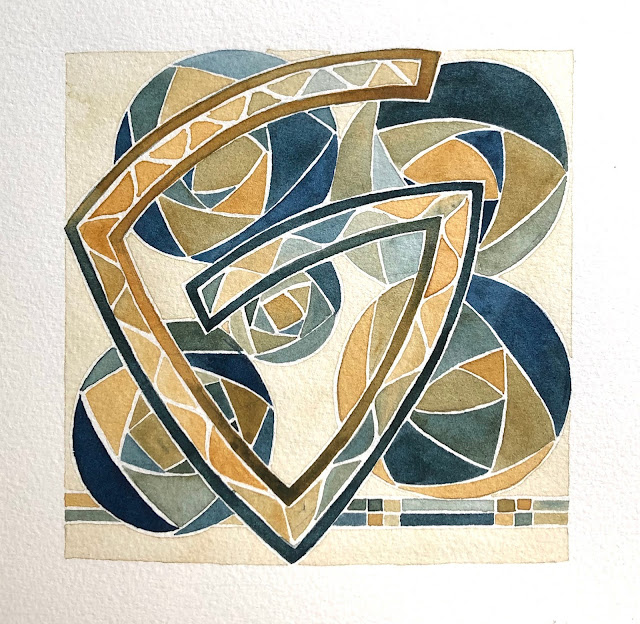 I have finally jumped on the wagon and run a wonderful zoom class through Calligraphy Italia organised by Riccardo Ali.  By all accounts the folk enjoyed themselves as I did and here are my in-class demonstration pieces. The first class was the European Series Adolf Bernd and the second class Art Deco pen & pencil Lettering.  Enjoy! Japanese Saying Detail
Read more