Painting for calligraphers: more than fine writing
A workshop for all skill levels! From the simple to the ridiculous!

Enrolments are open and will be closing early December so it is advisable to book really soon. 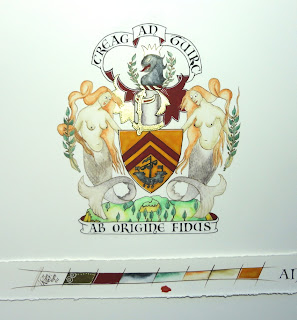 For more enrolment details please visit the University of Southern Queensland, McGregor classes.
For a chat about the course content please don't hesitate to contact me.

Some of the painting techniques we will cover in the summer school follow: 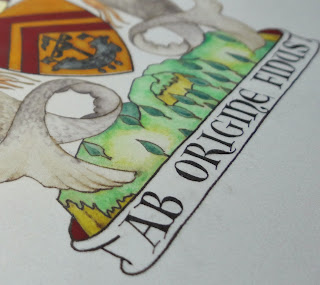 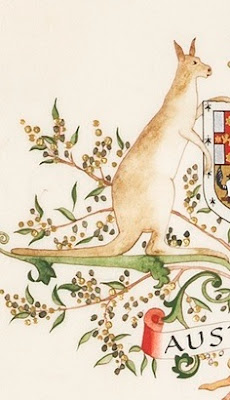 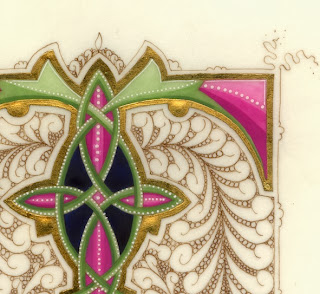 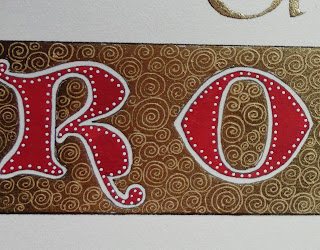 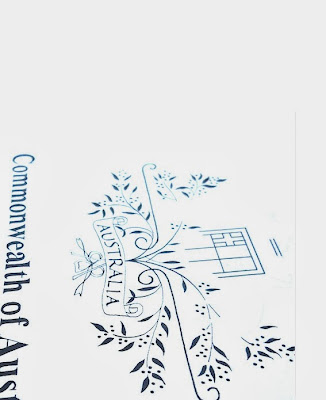 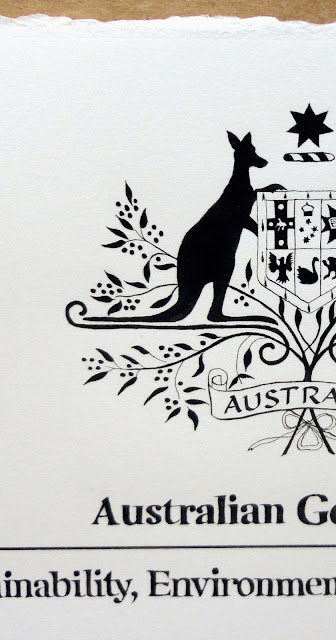 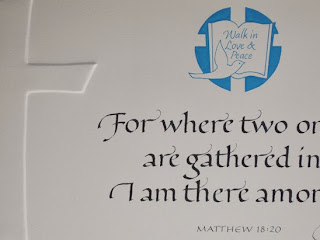 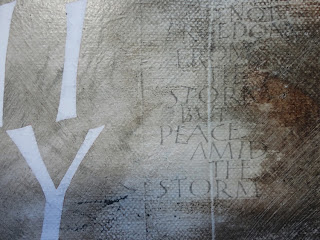 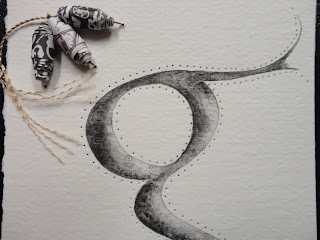 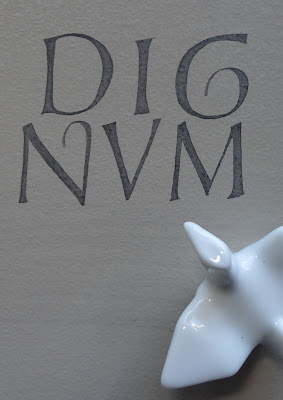 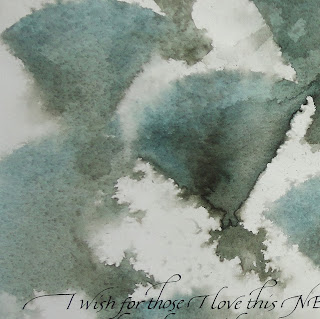 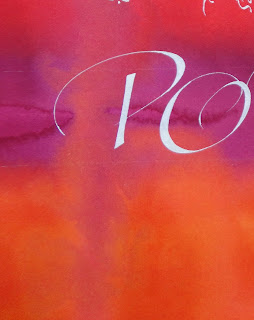 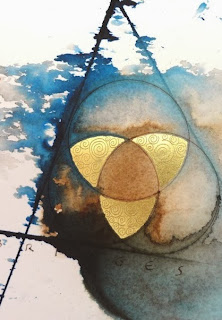 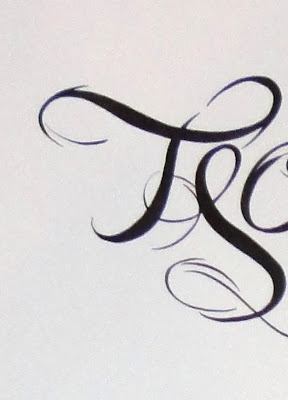 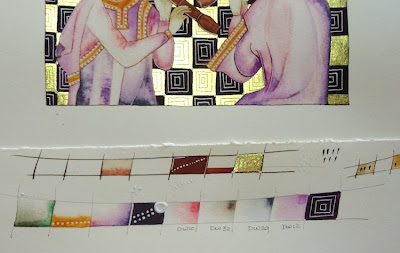 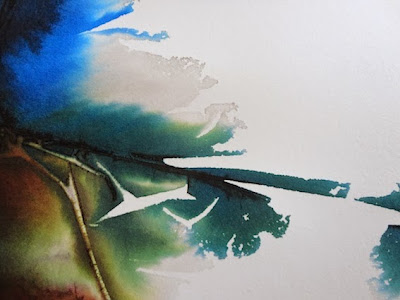 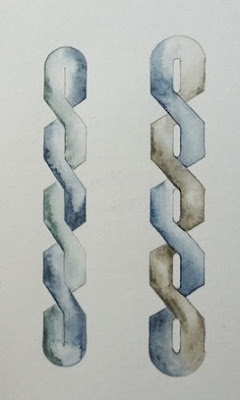 Posted by Gemma Black at 4:21 PM No comments:

A workshop report by Sue Quayle

The September workshop was so exciting - Gemma Black showed us how to have heaps of fun with pencils.

I thought pencils were for notes and ruling lines BUT we found out that there are so many different pencils.  They ranged from 'normal' pencils with hardness ratings of B and H and even EE and F, to coloured pencils that you could use with water and make stunning colours.

We learnt of different effects that could be achieved by hatching, dotting and blending, and of the different lines each pencil grade made.  Then we applied these skills to lettering.  My favourite was 'sketching' graphite pencils on black paper.

We spent a lot of time working on random pattern backgrounds with watercolour pencils.
Day 2 of Purely Pencils

It's my job to report on the second day of Gemma's 'Purely Pencils' workshop and I'm finding it quite difficult. Not because there wasn't much to do, but because I was so engrossed in it and the new things we were learning.  I've never heard of some of the wonderful graphite pencils available or of the lovely things they help to create.  I've had a collection of watercolour pencils which I've been adding to every time I go into an art supply shop but they were teasing me each time I looked at them. I wanted them to remain in pristine condition because they looked so beautiful but now they have been used and what a lot of fun!

On the first day we had been given the task (not a problem) of choosing a three letter word to draw and then colour with watercolour pencil and wash. Today we were to create some 'doodling' patterns within these words and it was a pleasure watching Gemma come up with the many ways in which it could be done. Once again the 'less is more' rule of thumb was a winner and the swirls, diamonds, circles, dots, anything that our imagination could conjure up were acceptable with some delightful effects produced.  Some people had overlapped their three letters in artistic ways and they looked great!

First 'new creation' of the day was to draw up a grid or fractured design of lines, or a combination of lines and freehand 'wavy' lines.  Next, we coloured the sections in with either watercolour or water graphite of our choice and allowed it to dry, because we were to then write some words or verse along these lines and it was important that our work was perfectly dry.  I loved my patterns so much that I still haven't written on them but am inspired by one or two nursery rhymes! A lovely project that I still feel is worth completing!

We were shown how to use a stylus to drag wet colour in our designs and with care, it can be done without putting a hole in the paper! An important part of this exercise is the softness or hardness of the surface on which you are working because it will determine the width of the effect of the stylus.
Our final project was to be a nine letter verse or quote to be drawn first in dry graphite/lead pencil and then shaded using the water wash technique and graphite (water soluble) pencil of our choice with a 'moat' or space between shading and drawn letter.  We were so inspired by the example that Gemma had shown us that many were hiding it on our tables and attempting to copy each letter! (Well perhaps I should own up and say that I was!)  Some say that one of our esteemed 'life' members was heard to swear when it became obvious that this was not going to be as easy as it had at first appeared.  Sorry Angela, I'm sure this isn't true!  This exercise can also be done using 'dry' colour as well - the important thing to remember is to keep your pencil very sharp so that precise and clean edges and corners can be achieved.

At the end of the second day there were three or four tables spread with the efforts of a very keen group of participants who were all ready to discuss their new skills and talk about which pencils were their favourites.

Anyone who thought this was going to be an easy couple of days was quite wrong!  We were a little frustrated when we realised that the things that we used in kindergarten, which were mostly just for colouring in, could be used in so many different ways. There was a "truly delectable array" of pencils, more, I think, than anyone thought possible.  I heard a number of people say that they had not even heard of 'water soluble' graphite.  I think that Gemma may be responsible for a new group of pencil junkies!
Sue Quayle - Canberra Calligraphy Society 2013

Posted by Gemma Black at 7:50 PM No comments: 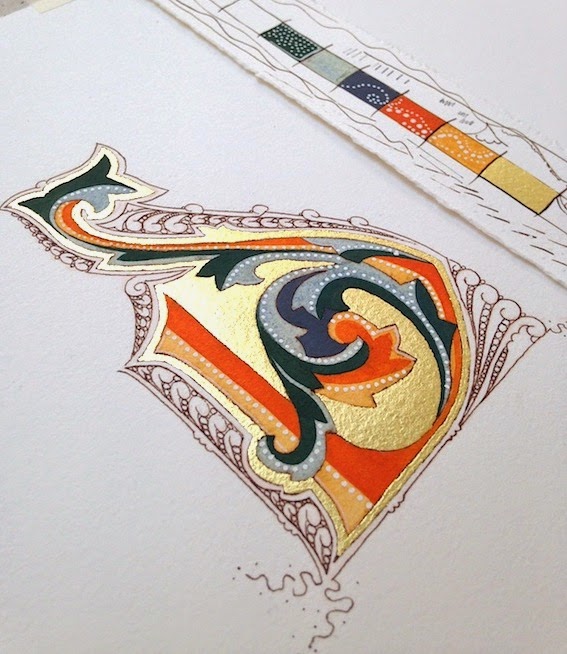